Former Goldman, Sachs partner, Jim O’Neill, or more properly, Lord O’Neill, is best known as the man who coined the term BRICs. He correctly identified that this group of emerging markets would drive global growth and published a paper on it over 20 years ago. In this wide discussion, we talk about the BRICs, about why for the first time in 30 years of close study of the country, he is puzzled on Chinese policy, and what inevitably lower Chinese growth means for the global economy.

Of course we discuss his beloved Manchester United, kids’ education, a cause close to both our hearts, and how his involvement in the anti microbial review, leading to the publication of the book  Superbugs was the most interesting work he has ever undertaken.

Jim is quite critical of central banks who he thinks are behind the curve and he gives his assessment of the long term outlook for inflation. Listen to the end to learn why he calls himself a spoilt brat.

In this wide ranging interview, Jim talks about the unlikely progression of a kid from a comprehensive school in a poor area made it to Partner at Goldman Sachs; how he got involved in looking at Superbugs and the risks he identified; the problems facing China; why the BRICs may have a better decade after a weaker time, China aside, in the last 10 years; why inflation may not be here to stay; and he finishes with an elegant and radical idea for Governments anxious about debt levels and the need to stimulate growth.

Jim came from quite a poor background and his father, who had left school at 14, was intent on his 4 children going to University. Without that impetus, Jim might never have gone to Goldman, Sachs but would happily have spent his time playing football.

Like many of the highly successful investors and commentators we have hosted on the podcast, Jim ended up in finance by chance. Yet he joined Goldmans as a partner and stayed for 19 years. He says in the podcast that the life of a partner is generally 10 years - it’s a highly competitive environment.

Jim has closely followed China for 30 years and this is the first time that he doesn’t understand China policy. Aside from the Evergrande fallout, which clearly represents a risk, given the reliance of the economy directly and indirectly on residential property speculation, he cites

China is the only BRICs country to deliver Jim’s Goldman Sachs predictions in 2001. Why these policies are being implemented now is a question.

Jim was asked to chair the Anti Microbial Review, and he says it was the most interesting thing he has done in his life. The final report had 29 recommended interventions, which at a cost of $42bn would prevent a potential disaster – the alternative was that by 2050, 10 million people could die and an economic loss of $100tn if we don’t develop the new antibiotics and vaccines.

One of the recommendations was better personal cleanliness, notably washing hands and much greater use of vaccines – big pharma has inadequate economic incentives to develop vaccines and antibiotics. Jim cites insufficient application of “profit with purpose”.

A lifelong fervent fan, Jim was one of the Red Knights, a group which looked at an acquisition of the club over 10 years ago (although I am not sure that the group’s composition has been officially acknowledged). Like many fans, he is bitterly opposed to the current ownership of the club and gets mild consolation for the fact that investors have suffered as much as the club’s supporters as they shares have tracked sideways since the IPO, in sharp contrast to other comparable global media properties. The chart below is to the day of the recording of the podcast and shows that the stock is down 13% in dollars although it would be up 8% in sterling terms. The S&P 500 index has trebled in the same period. 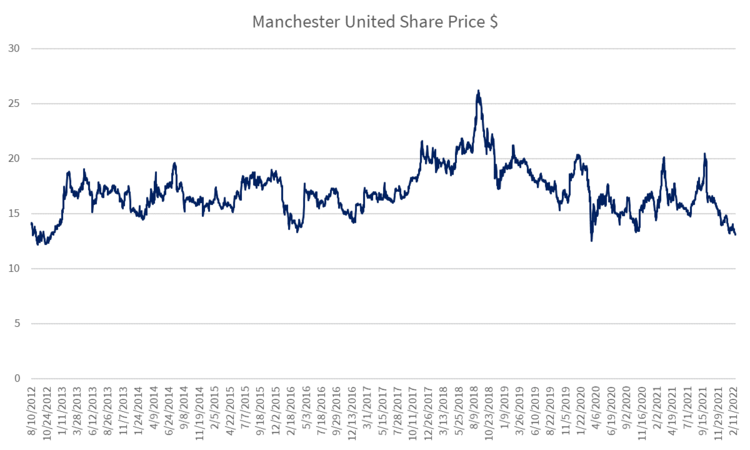 Jim is a co-founder and a trustee of charity SHINE. It is an education charity that works with teachers, schools, and other organisations, helping disadvantaged children in the North of England to fulfill their true potential. It started out helping schools in disadvantaged areas of London and achieved considerable success so moved north – obviously helping the north of England is another of Jim’s priorities as he is has been heavily involved in the UK’s Northern Powerhouse and various other roles related to the Government’s so-called levelling-up agenda.

Children’s education is a cause close to my heart and the podcast is dedicated to the FT Financial Literacy and Inclusion Campaign, FT FLIC. If you enjoy the podcast, please take 5 minutes and donate to either or both these great charities – even a small contribution helps. Chances are that if you are reading this, you have received a decent education and it has helped your career – everybody deserves that start. Thank-you!

Jim believes that inflation is policy dependent and that in the UK we don’t need QE and should have higher short rates. He was taught that rates should be equivalent to nominal GDP so 2% would be appropriate. But we may not have inflation forever, the quality of the economic debate is dumbed down by the 24/7 news cycle. He uses the University of Michigan 5 Year Inflation Expectations as his best guide, as seen in the chart below:

Jim O’Neill is an internationally published economist, and until 2013 was Chairman of Goldman Sachs Asset Management, having previously been the organisation’s Head of Economic Research.

Jim is best-known for his work in relation to developing economies, having coined the term BRICs in 2001 as an acronym for Brazil, Russia, India, China foreseeing the radical shift in global economic power away from the established western economies towards these rapidly-expanding economies. Since then, Jim’s work has shone a light on the development of the next wave of emerging economies, including the ‘MINTs’ – Mexico, Indonesia, Nigeria and Thailand. He left GS in 2013 – I met him there on his last day and since then he has done various voluntary work.

This includes work for the UK Government as the Commercial Secretary of the Treasury and leading the work for the Government on the Northern Powerhouse, city devolution and infrastructure.

He also sits on an array of think tanks. He is Chair of Chatham House, sits on the QFINANCE Strategic Advisory Board, is a member of the board of Bruegel, the European think tank for international economics, sat on the economic advisory board to the IFC, the investing arm of the World Bank. He is one of the founding trustees of the UK educational charity, SHINE and serves on the board of ‘Teach for All’ and a number of other charities specialising in education. 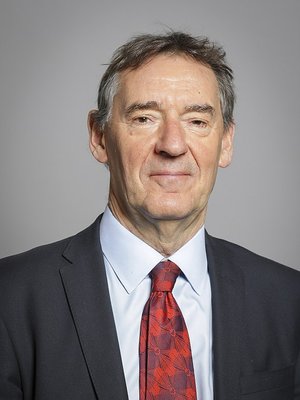 He is an avid Manchester United fan, and served as a non-executive director from 2004 to 2005, before the club was returned to private ownership. In 2010, he was one of the Red Knights, a group of wealthy Manchester United fans which confirmed interest in a possible takeover of the club.

In May 2015 he was made a Life Peer to the House of Lords. His is the longest CV I have ever read and I have omitted much in the cause of brevity. Apologies if I have omitted something important.

Jim recommended that aspiring economists should read The Economist rather than a book, but when pressed, suggested Macro Economics by Rudiger Dornbusch and Stanley Fisher. Not being added to my reading list, but Jim probably thought I was asking for a text book. 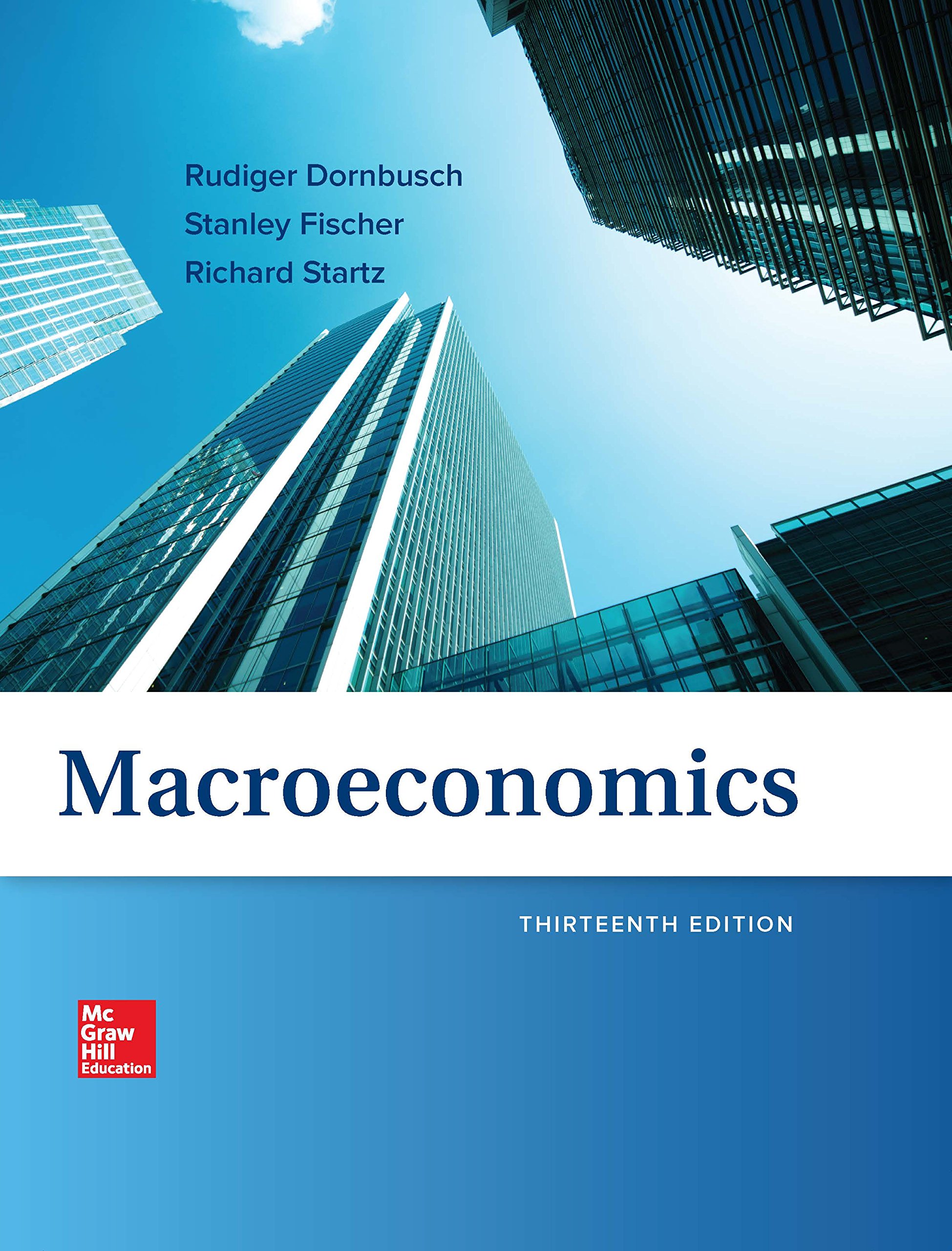 I met Jim for the first time on his last day at Goldmans. I had requested a meeting as I was doing some work on football finances, at the behest of my pal Tim Keogh, then a partner at April Strategy. The two of us built an app looking at football teams’ finances (video below), as we thought the introduction of the Financial Fair Play rules might mean something. Tim is a genius at visualisation and we scored football teams not just on points for games and financial performance but in metrics like how many goals you would see at home games per pound of season ticket.

Tesco nearly commissioned us to do something similar to help their shop staff understand how the business was faring but you know what happened next at Tesco. I still think there is huge scope for companies to improve their financial performance narrative by being much more creative and would love to resuscitate that project. 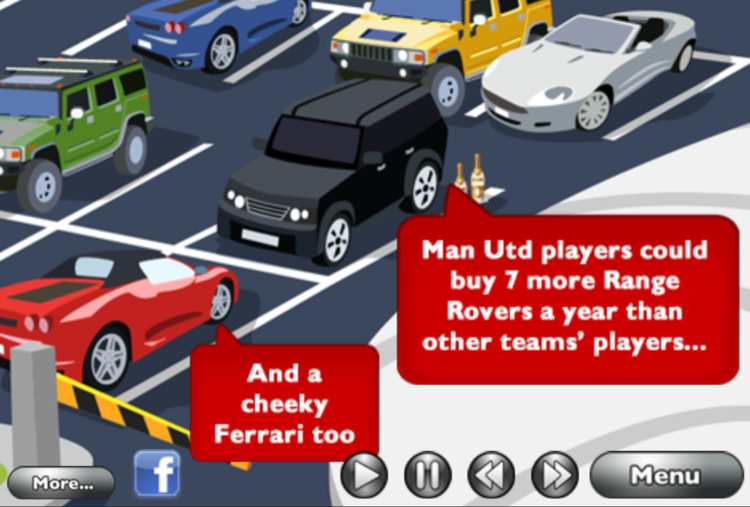 Still from our Footy Finance App

Anyway, Jim was interested in the project and to see the app – many were, one hedge fund manager wanted to buy it! We had an enjoyable chat and have had occasional contact since. I read Jim’s article on China in Project Syndicate and asked him if he would discuss it with me on the podcast and he kindly made room in his hectic schedule.

A video run through of the app is below – it’s fun, check it out, especially if you are a company CEO or CFO wanting to communicate your finanical performance more effectively to the workforce – we can help.