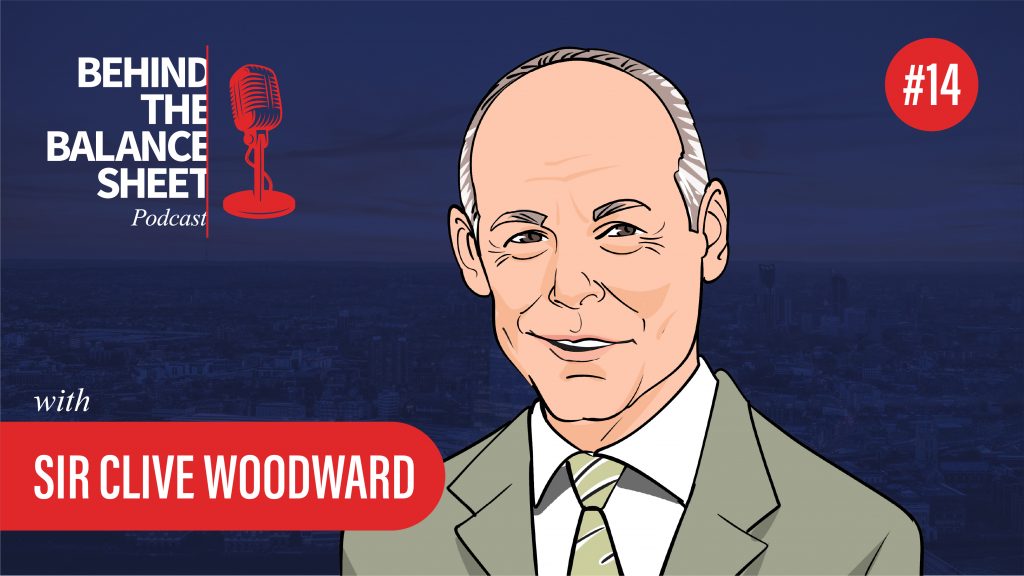 Sir Clive Woodward is a winner. He is best known for managing the England rugby team, taking them from world #6 to a world cup win. In this revealing interview, he explains that there is no difference between managing a sports team, a business or an investment team.  It’s all about managing people. Winning teams are made up of winning individuals – you can persuade the individuals in a team to strive to improve performance and the team will benefit. He is a proponent of continuous learning, and his team members must be teachable. I was fascinated by his management philosophy and investors and business people can learn so much from sport. No detail goes unchecked in his quest for 1% gains – he he explains why the team’s second half performance improved when they changed strips at half time. You don’t need to be a rugby fan to enjoy and learn from this exposition of what makes a winning team.

Sir Clive Woodward has a keenly developed management philosophy which is equally applicable to business and sport.

In this interview, we discuss hot hands – he believes in winning streaks – and how to profit from losses, or success from setbacks as he describes it. He explains his philosophy in coaching individuals, which is central to the development of a winning team. His DNA of a Champion is a 6 factor system for getting the best out of people. As he says, talent alone is not enough.

Winning is at the heart of his philosophy and he quotes Nelson Mandela. “I never lose. I either win or I learn”. And this philosophy of continuous learning is something he passionately believes in. He describes people as rocks or sponges. Rocks are fixed mindset people who are unwilling to embrace new ideas. To be part of Woodward’s team, you have to be a sponge, keen to learn and to test new approaches.

Woodward played rugby for his country and then went on to coach amateur and then professional teams but on a part time basis. His call to manage the England team in the new professional environment was a surprise and not universally welcomed. But after a rocky start, he dragged the team into a more professional approach and they started to win matches, eventually beating the mighty All Blacks, South Africa and Australia and winning the World Cup, a feat never before achieved by a northern hemisphere team.

People Over React to Losing

Clive’s philosophy advocates learning from winning. When they land that big contract, companies usually go to the pub to celebrate. When they lose, they have a Monday morning debrief on what went wrong. He advocates switching tis around. You cannot win every game or every big client pitch; when you lose, it’s better to go the pub and have a drink afterward. He believes in doing the debriefing after the wins and analysing what went well. Of course you can also learn from losing a game or a pitch, but learning from the wins is important.

Woodward went to Israel to meet Yehuda Shinar, an ex-fighter pilot who had studied high performance behaviours. Shinar taught him about the importance of basics. Interestingly the national side had not agreed what the basics were, what was important.

He learned from an Australian dentist about critical non-essentials. These are the aspects of an endeavour which are not essential but are critical to achieving the right result. Every dentist will be able to fix your teeth; that’s the essentials. But the critical non-essentials were a welcome drink when you arrived, the right ambience in the reception and a warm greeting on your arrival. Clients didn’t get their teeth fixed any better than the dentist up the road, but they enjoyed the experience more. This was executed to the max in the England rugby environment where Clive went out of his way to make the players feel special, something which had hitherto been neglected. This  helped him achieve the winning mindset.

Woodward’s second book was published in 2020 and analyses the 2019 Rugby World Cup. But it’s more than a sporting tournament story as he explains his unique leadership philosophy. There is a huge amount here for any business person or investor to take away and think about. 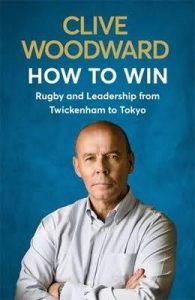 Sir Clive Woodward is a rugby coach, businessman and sporting legend. He is best known for leading England’s rugby team to World Cup victory in Australia in 2003 – the first time England (or indeed any northern hemisphere nation) won.  Sir Clive later became Director of Sport for the Olympic Team GB including its most successful Olympic games In London. He is now a sports and business consultant and founder of Hive Learning, an app which digitises his coaching methods.

Sir Clive recommended Outpacer: The Blueprint for Breakthrough Success in the Digital Era by Alex Holt, which describes the characteristics of the great tech stocks, their culture and strategies, along with profiles of business leaders, sporting and film stars who share these winning characteristics. Steve has already bought it!

He also recommended two books by Dr Paddi Lund, Building the Happiness-Centred Business and The Absolutely Critical Non-Essentials which are both now out of print, but will be waiting for Steve on his next visit to the British Library. 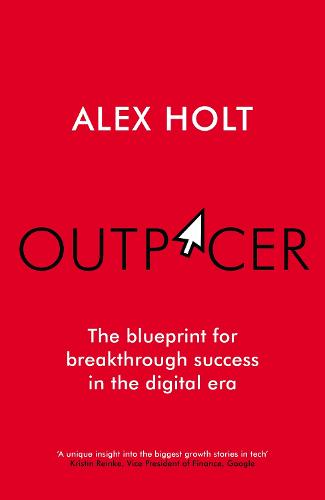 I didn’t know Sir Clive, but we were speaking on the same platform at a London investment conference. My hand was tired from taking so many notes as I was fascinated by his presentation. Everything he said not only rang true to me, but it made so much sense in a business and investing environment. I went up afterwards and explained how much I enjoyed his presentation and asked him on the podcast. Somewhat to my surprise, he agreed.

I really enjoyed the research for this podcast. He has written two books and Alison Kervin has written his biography. I also listened to 8 podcasts. His philosophy is so insightful and often challenges conventional wisdom. I had not previously realised how much investors and business people can learn from sporting winners. But in sport, you only get one chance on the Saturday to win the match and preparation therefore becomes critical.

I started the podcast as a fun project and I had not envisaged how much I would learn and that it would be a gateway to meet people I would not otherwise, let alone a sporting icon like Woodward. Most important is this concept of continuous learning which is my passion, as well as Sir Clive’s.