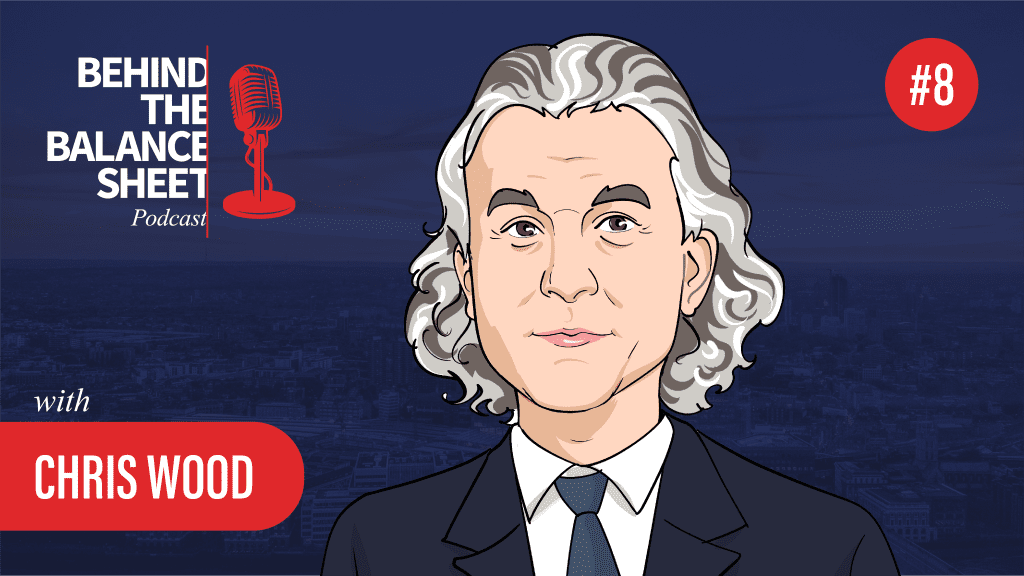 Chris Wood has been one of the world’s top strategists for 20-odd years. Pre-Covid, he wrote the weekly GREED and Fear publication from a different city almost every week, and offered an incredible range of insightful commentary on everything from Taiwan’s economy to the political complexion of the next Fed appointee. In this episode, we discuss the regime change after 40 years of falling rates, why government in China puts the UK to shame, why ESG has peaked, why Tesla will beat legacy auto, the importance of M2, why he doesn’t use Zoom and the relative merits of gold vs bitcoin. And much more. Warning – we jump around a bit and cover a lot of ground, I wouldn’t listen at 1.5x speed. We recorded before the tragic invasion of Ukraine.

In this wide ranging interview, Chris, Global Head of Equity Strategy at investment bank Jefferies, talks about his route to success, why he is bullish on energy stocks, some of his fun trades (long Ryanair, short Zoom), why he doesn’t use Zoom, how the pandemic has altered his approach and why his multi-million air miles account won’t get built up quite so much going forward. We cover the long term outlook for the global economy, why the Fed has a straight jacket, and how the world will look as we move from a regime of falling rates. Spoiler – he doesn’t see a repeat of ‘20/21 in ‘22.

Chris Wood started as a journalist, so it’s no surprise that he writes well. That introduction and a training in economics equipped him ideally for his current role. At the hedge funds, my week was not complete without reading his weekly, GREED and Fear, which is like a North Star for many investors who use Chris as a guide through an often turbulent world.

Chris achieved all he wanted to at the Economist, having seen the US savings and loan crisis as Bureau Chief in New York and then watching the fallout from the bursting of the bubble in Japan as Bureau Chief in Tokyo. He is best known from his long stint at CLSA which was then the number one broker in Asia where he was repeatedly voted the number 1 Asia Strategist, before moving to Jefferies in 2019.

Wood was in the disinflation camp for many years, since the 1980s in fact, partly a legacy of his time observing the fallout from the Japanese bubble, and for all the usual reasons – technology, demographics, globalisation and debt. The response to Covid was so extreme with an explosion of the money supply that he reversed his 3 decade held view.

Wood has been a long time gold enthusiast, using an allocation to the precious metal as a hedge in portfolios. In 2021, he re-allocated a portion of his gold allocation to bitcoin and increased the exposure on a dip. His rationale was that when the cryptocurrency became accessible to institutional investors, he wanted to have exposure. He explains his rationale, why he believes that bitcoin has real integrity and why he now holds both gold and bitcoin in his model portfolios.

STING IN THE TAIL

Wood believes that the US economy will prove resilient to higher rates and that consumers will benefit from rising wages, while the Fed will only go so far in increasing rates. But he believes that markets will continue to be uncomfortable with this environment and that there will be a sting in te htail, from hidden leverage. He explains where the problems might surface.

We covered a lot of ground from Exxon to GM to Tesla to Alibaba; from ESG to China’s Covid policy; from developed markets to Chine and India.

We recorded this before Russia’s shocking invasion of Ukraine. Neither Chris nor I thought that was a likely outcome. I mentioned in the podcast that I had looked at Russia but I didn’t feel it was a sufficiently uncomfortable trade – a lucky miss for me and another reminder that risk management is critical. I have been donating some of the losses I avoided to Ukraine.

There was so much in this interview and I could have gone on. In fact we continued chatting in the lobby for another 20 minutes before we had to rush to other appointments on a windswept London day. My takeaway – it’s so much better to conduct these conversations in person than over Zoom.

If you would like to hear more of Chris Wood’s views, there is a video on the excellent Jefferies website here and more insights here. But listen to the podcast first!

Prior to entering the investment business, Wood was a financial journalist. He started at the Hong Kong-based Far Eastern Economic Review (1982-84) and moved to The Economist (1984-94), and served as both the New York and Tokyo Bureau Chief.

He was also the author of three acclaimed books while at The Economist. “Boom and Bust: The Rise and Fall of the World’s Financial Markets” published in 1989; “The Bubble Economy: Japan’s Extraordinary Speculative Boom of the ’80s and the Dramatic Bust of the ’90s” published in 1992; and “The End of Japan Inc.: And How the New Japan Will Look” published in 1994.

Evidently, stockbroking keeps him busier than journalism as he hasn’t written any more books. He is best known as the number 1 Asia strategist, an award he won multiple times at CLSA, where he worked until moving to Jefferies in 2019, where he is Global Head of Equity Strategy.

Chris has been publishing his renowned weekly investment report GREED & fear since July 1996. He was ranked No. 1 Equity Strategist in the Asia Money polls between 2002-2004 and 2006-2021. There have been 1,269 issues of GREED & fear (including regular and ad-hoc flash notes) over the past 23 years of publication. 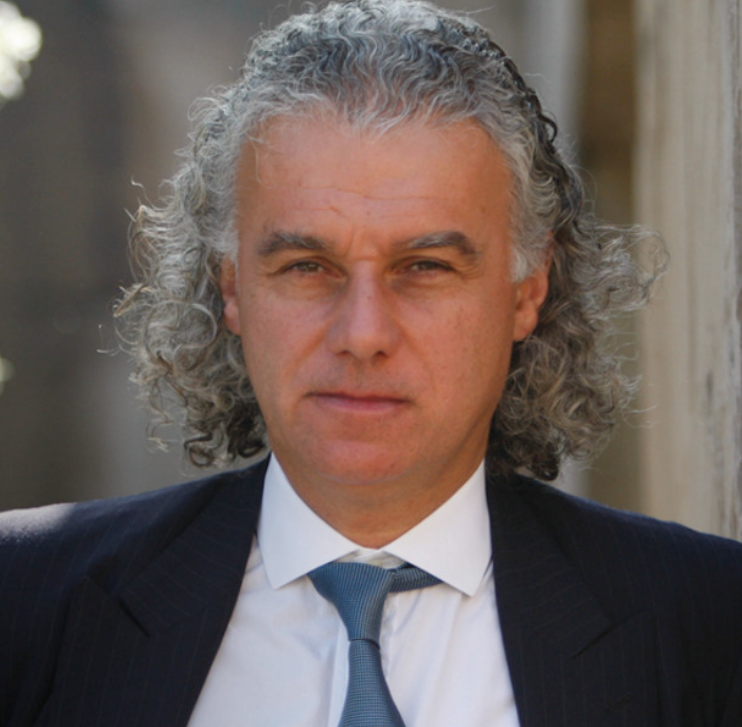 For the first time in more than 21 years, GREED & fear has not been published over the past four consecutive weeks (as we go to press in mid-March, 2022). The last time this occurred was in the four weeks ended 19 March 1998 during a previous contractual-driven interlude. The other periods since the first publication in July 1996 where GREED & fear had not been published were a two-week period in November 1998 and a two-week period in December 2001.

Chris recommended The Road to Serfdom, a book written in the early 1940s by Austrian-British economist and philosopher Friedrich Hayek. We have been getting quite a few older books recommended by podcast guests which is interesting – if it can stand the test of time, a book is probably worth reading. And my reading list has been increasing which is probably good news for my education. 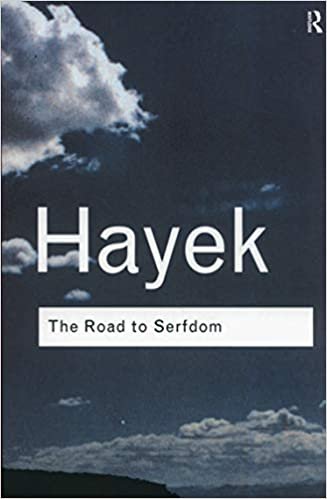 At my first CLSA Forum in Hong Kong, I woke up after my usual interrupted sleep (for the first few days, I always wake up at 3am and fall asleep at 4pm in Hong Kong) and dragged myself to the grand opening of the conference – a double act with Chris and economist Dr Jim Walker. I didn’t quite know what to make of it – they each expressed quite different opinions on the state of the world. I later grew accustomed to the relaxed attitude at CLSA which allowed its star analysts to say what they thought, even if it meant disagreeing with a colleague. After all, at least one of them would be right; I am not sure if this was an official line, but it was quite smart.

Wood’s presentation was impressive and I read his note every week for several years and always tried to attend to his group presentations on his London visits. I only ever had a single 1-1 meeting with him, which we laughed about when we met for the podcast (I am not allowed to disclose the details). But Chris was an invaluable guide to the macro world when I was at the hedge funds and I imagine it would be so much more difficult without his unique insight.

I was really pleased when Chris agreed to do the podcast and hope listeners enjoy it half as much as I did.